2003 was a special year for Ukrainian helicopters. Founded only a year before, we received our Air Operator Certificate that allowed us to begin providing air transportation services. We took to the skies using Mi-8MTV-1 helicopters after a major overhaul and modernization of all aircraft. We were now ready for international operations. 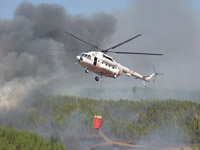 In 2004, Ukrainian helicopters first contract in international operations was to help protect natural resources. Fires, which broke out in the Portuguese mountains, were quickly spreading and threatening to reach homes and communities. Four company helicopters spent 510 hours in the air while fighting the fire, dropping tons of water at a time. The efforts of our aircrews were highly praised by Fire and Civil Protection National Service and the Ministry of Internal Affairs of Portugal. 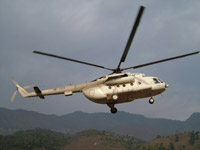 In 2005, nine of our helicopters flew to Pakistan in order to help a population that had suffered in one of the most devastating earthquakes in history. Working under the auspices of the UN World Food Programme, our aircrews evacuated victims and delivered food and medicine to remote villages. Throughout our operation, our aircrews transported 13,700 people and 6,100 tons of humanitarian supplies, spending 4,000 hours total in the air. In another operation this same year, company helicopters helped save hundreds of hectares of forests in Turkey from devastating forest fires. 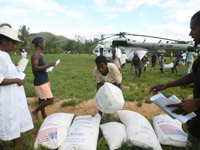 In 2006, Ukrainian Helicopters earned status as an official air carrier of the United Nations (UN) and the UN World Food Programme (WFP). By the end of the year, we were already operating as part of a UN WFP humanitarian mission in West Africa, where a number of countries had suffered from floods. Six company helicopters helped address the desperate humanitarian needs. Despite adverse weather conditions, Ukrainian pilots saved more than 2,500 residents of Ethiopia, Somalia and Kenya during three months of operations. Moreover, our pilots delivered 1,300 tons of humanitarian cargo to remote areas. 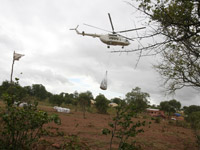 From February to April 2007, Ukrainian Helicopters proceeded with humanitarian work with the UN WFP in drought-affected countries in Africa (Kenya, Somalia, Ethiopia, Uganda and Mozambique). In April of 2007, our pilots transported humanitarian cargo to the island of Madagascar, which had been struck by a powerful cyclone. In the summer, our aircrew were again fighting forest fires, this time in Ukraine and Turkey, and starting from September, commenced working with the UN peacekeeping mission in Haiti. 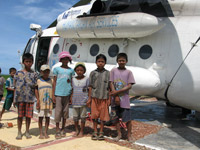 In the summer of 2008, a cyclone hit Myanmar, and as a result, more than a million and a half people were left homeless and without food. Two of our helicopters flew to the rescue, transporting tons of humanitarian cargo to the most remote regions of the country. In the same year, at the request of the Canadian government, Ukrainian Helicopters evacuated hundreds of people, who suffered from the conflict in Lebanon, and started working in three UN peacekeeping missions: in the northern province of the Republic of the Sudan (UNAMID), the southern regions of this country (UNMIS), and in the Republic of Côte d'Ivoire (ONUCI). 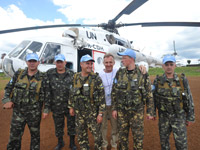 In 2010, we started working within the scope of UN peacekeeping mission in the Democratic Republic of the Congo (MONUC / MONUSCO). The flights were conducted in difficult mountainous conditions, which required special training for the pilots. In the same year, there was an earthquake in Haiti. We were honored to have one of our helicopters transport a UN Special Envoy, the 42nd US President Bill Clinton, to carry out his mission of addressing the consequences of the disaster. Moreover, Ukrainian Helicopters aircrew participated on a charitable basis in the environmental missions in Ukraine and the Russian Federation. Due to their cooperation, hundreds of hectares of forests were saved from forest fires.

In July 2011, the Republic of South Sudan attained its independence. Ukrainian Helicopters continued our mission in this country under the auspices of the United Nations (UNMISS). Working in adverse climatic conditions, taking off and landing on helipads choked with dust, company helicopters transported 65,000 peacekeepers and UN employees, and delivered 4,400 tons of cargo in the course of four years. 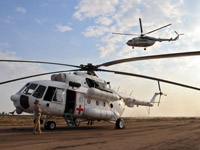 In 2013, company helicopters embarked on addressing the consequences drought in the scope of UN humanitarian mission in the Republic of South Sudan. During their operation, Ukrainian aircraft evacuated more than 9,200 victims of the disaster, and delivered 3,550 tons of humanitarian cargo to the remote villages. In the same year, Ukrainian Helicopters became a member of the Helicopter Association International (HAI), the premier trade association for companies providing services in conflict, post-conflict and disaster relief. 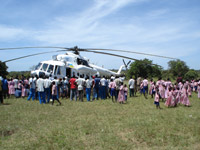 In March 2014, Ukrainian Helicopters commenced work in Ethiopia in the support of the UN humanitarian mission and UN High Commissioner for Refugees (UNHCR). In the course of a 16 months of operation in this country, our aircrews transported more than 7,300 refugees. Furthermore, our aircraft delivered more than 50 tons of humanitarian cargo to remote villages in 650 hours of logged operations. In the same year, the Aviation Company Ukrainian Helicopters became a member of International Stability Operations Association (ISOA). 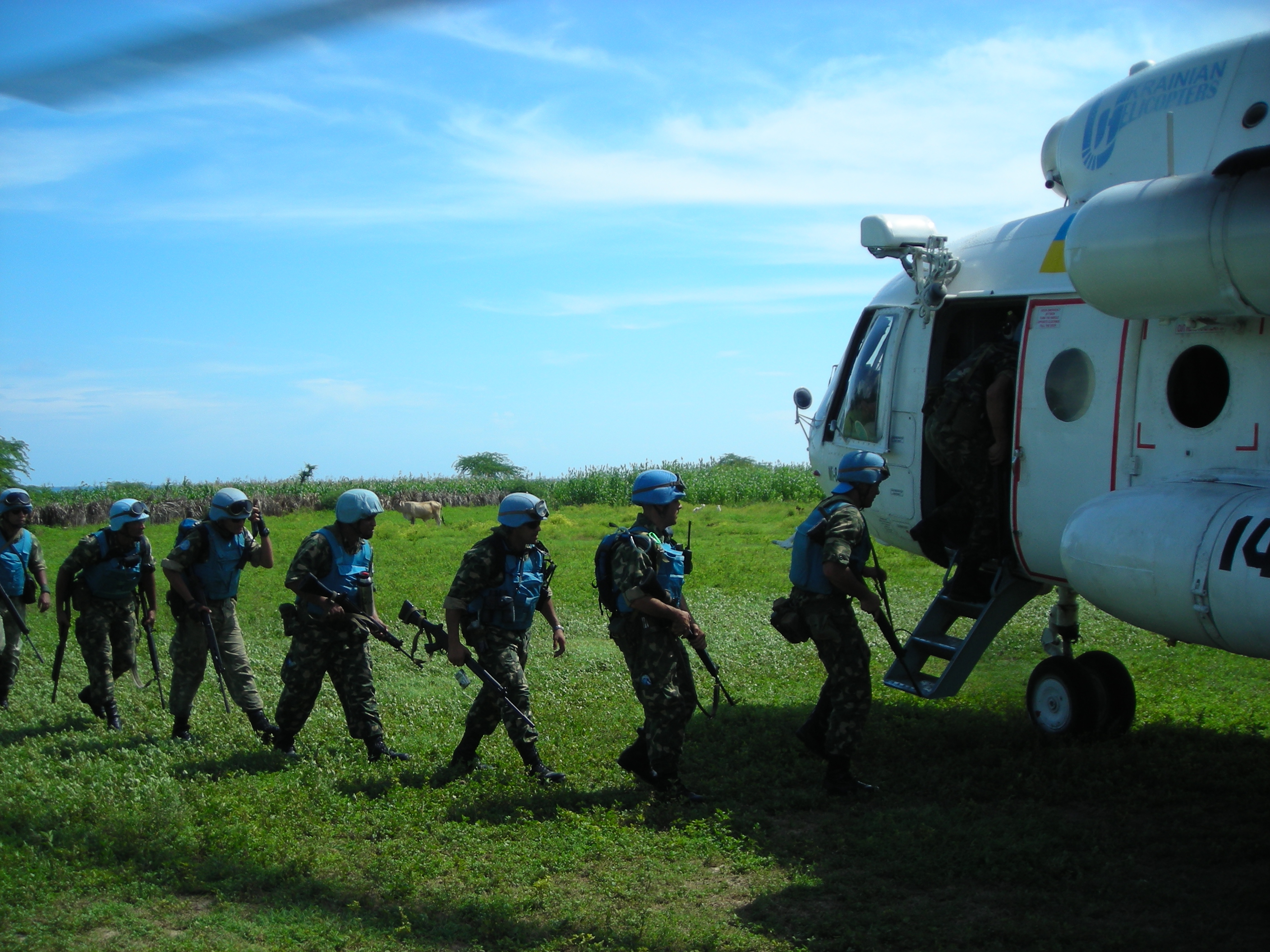 In May 2015, two of our helicopters flew to Somalia to support the UN peacekeeping mission. This was the country where Ukrainian Helicopter pilots first began to conduct night missions. Using an integrated night vision system, our aircrew carried more than 4,100 passengers, (292 of whom were wounded, 154 were ill), delivered more than 190 tons of cargo and spent 1,195 hours in the air during the first six months of their operation.